Southern California, also known as SoCal, has great skiing, surfing, recreation, parks, hiking, desert areas and a breathtaking rugged coastline with miles of sandy beaches.  Search for homes for sale through our map of Southern California by city.

Southern California Homes by the Beach 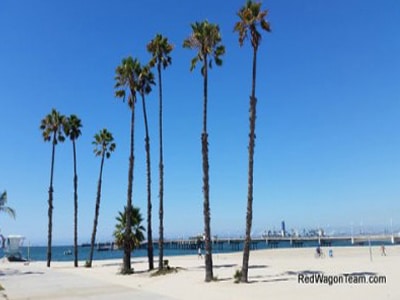 There are a number of ways to search for Southern California homes.  Some people love coastal cities…while other people want to live inland.

Get to Know California Real Estate

Making the move to California real estate offers you many choices to consider including what part of the state will you be moving too. California is located on the Pacific Coast and is bordered by Oregon, Nevada, and Arizona. It is home to over 39 million people. The Capital is located in Sacramento.

The state of California website is a great resource for information and links for virtually every aspect of the state, including business and agriculture, education, etc.; in addition to our Southern California homes resource on www.RedWagonTeam.com.

Why Move to California?  The Weather

California’s climate varies. Most of the state enjoys a Mediterranean climate, with cool, rainy winters and dry summers. The best snowing skiing is found in the Sierra Mountains, Lake Tahoe and in the Southern California mountains.

The beaches are amazing.

California’s farms are highly productive as a result of good soil, a long growing season, and the use of modern agricultural methods.  Water irrigation is critical for growing produce, especially in the San Joaquin Valley and Imperial Valley.

Fishing is another important industry to California.

Discover the market value of Southern California homes, condos, townhomes or income property.  To get a true current market value of your property in today’s real estate marketplace, contact Jay Valento, a California Realtor®® at 562-413-7655.

Whatever your reason is for moving to Southern California, you found the best Long Beach real estate resource.

Whether you are just starting your search for Long Beach houses or Long Beach condos or in another beach city along the coastline, we can assist you. You may be downsizing or investing in one of the many Southern California mansions.

What cities do you want to move too?  Research on our quick links above you check out Wikipedia for Southern California.  We will give you some friendly wisdom to help you find the right city and community.

We use cookies to ensure that we give you the best experience on our website. If you continue to use this site we will assume that you are happy with it.Accept